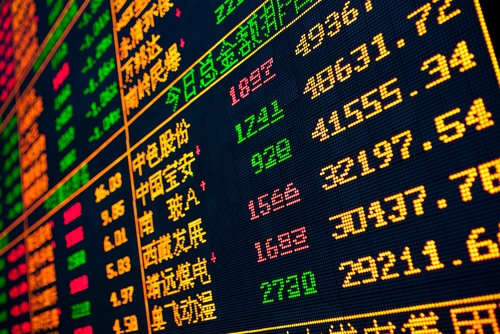 Last Monday was the first time I highlighted unusual options activity on the S&P 500.

That signaled a bearish sentiment among traders… although mild. A contrarian signal to get bullish.

Now, we can look at how traders were moving money last week as the market began to rally.

Instead of buying into the bullish move, we actually saw a sizeable amount of put options traded on SPY. Over $40 million in bearish put option trades — more than double the $19 million in bullish trades.

It’s important to point out that there were fewer bearish trades in total, but they were worth more than double the money. In other words, a few heavy hitters were turning bearish last week.

Yet at the same time, all of our unusual options activity highlights this week are on call options dated over the next four weeks or less.

So, yes, there’s some big money betting against the stock market in general. But we’re also seeing bigtime traders placing heavy bets on short-term moves in stocks — exactly what we look for.

Big Money Traders Are Betting on a Rebound

The stock had just hit new 52-week highs, and clearly this trader is looking for more gains…

Based on the strike price and option value, the stock needs to jump about 10% over the next 30 days to deliver gains. And the upcoming earnings report could easily help deliver a double-digit gain in a short time frame.

This trade is betting on a continued rally and goes along with an easy way to make money in the market — don’t fight the trend. 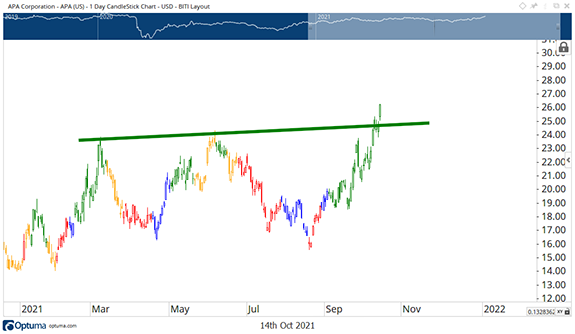 Next up is Pinduoduo (PDD), a Chinese ecommerce platform.

China has always been marred in controversy about government control and how big it would even allow new ecommerce platforms to get before stepping in. PDD is certainly not immune to that volatility.

But, it looks to have bottomed in mid-August and now, at least one trader is ready to place a hefty bet on a pop in the stock.

For them to profit, the stock needs to rally about 20% in just 30 days. A short period of time to hit their price target, but they also have an earnings announcement along the way.

That event could help trigger the move they want to see.

And the main reason I’m featuring it for our unusual options activity this week, is because it’s simply riding the trend.

When you take a look at the chart below, you can see that there’s a clear price channel, green support and red resistance, that would help carry the stock to more than $110 per share in the coming weeks. 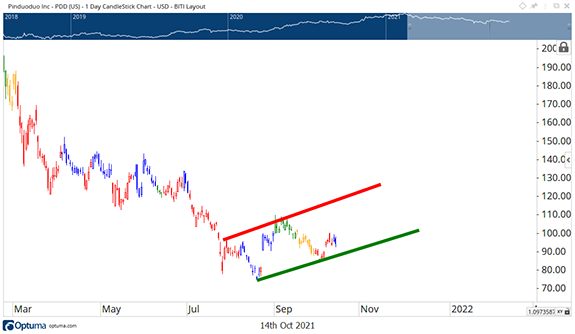 Next up is nearly $4 million on Tesla (TSLA).

This is clearly an earnings play…

This trader, or traders, bought the $870 calls one day, then the $890 calls the next day to load up on their bullish bets. With Tesla, it has become normal to see double-digit moves around its earnings announcement.

These moves can happen in either direction though…

Something must give this trader some confidence to stay on the bullish side of the trade, and I think it’s the price chart.

When you look at the relentless rally the stock has experienced over the last year and a half, it’s hard not to bet for a continued rally. In fact, for this trader to collect gains, all the stock needs to do is continue on the same path it has been since it bottomed in May. 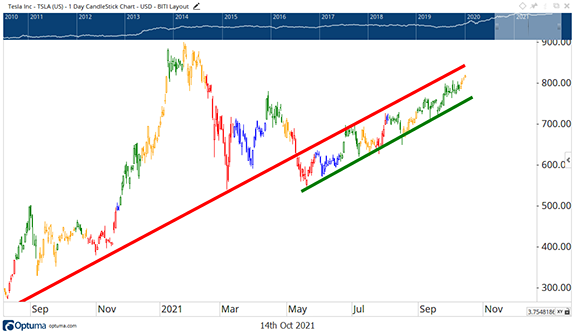 Our last stock may be my favorite play in the coming weeks.

This trader bought two different strikes, but this was no spread or hedge. This is a straight-cash bet. And when you look at the price chart, it’s playing a breakout. 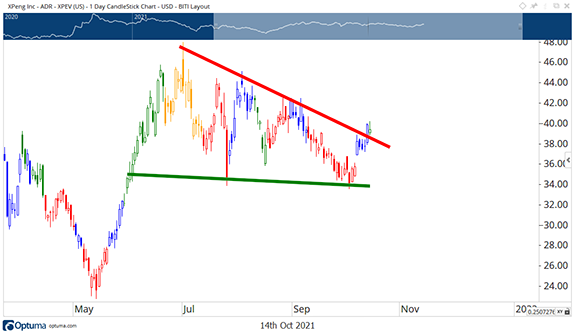 The stock is coming out of a descending triangle pattern and when this trader jumped in, it had just broken the resistance level in red.

With the pattern broken to the upside, this trader is betting on a bigger move to the upside with call options.

They don’t have much time, since they used the October 29 calls, but I think their mind was in the right place with this trade.

That’s all for this week’s unusual options activity.

Next week, I’ll take a look at how some of these options have performed, and talk to you more about what I’m seeing in terms of bullish or bearish flow.

Chart of the Day:
China Recovery in Sight? 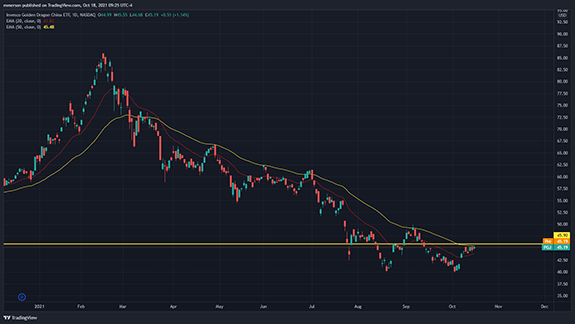 Since Chad spotted some bullish UOA on Chinese stocks this week, I thought it’d be worth having a look at one of our old standbys, the Invesco Golden Dragon China ETF (PGJ).

For investors betting on China, this is still a hard chart to stomach. The ETF is down roughly by half from its peak, and is struggling against the resistance of both its long-term horizontal resistance line, and the 50-day exponential moving average.

Lately I’ve found it helpful to supplement any attempts at breaking horizontal support/resistance with evidence from the 20- and 50-day EMAs. You can see that the price has rejected from that 50-day EMA in the past few sessions, but is also holding the support of the 20-day quite firmly.

If this ETF can make a run past both those resistances, I’d consider that a highly bullish sign on Chinese stocks as we move closer to 2022. There’s also a pretty clear floor on this ETF at $40 which corresponds with most individual Chinese stock charts.

This is a risky speculation though. There’s no telling what the Chinese government will pull out of their hat at any given time to nuke their own stock market. So if you’re going to tread in this space, do so lightly.