When Volatility Strikes, Search for the Rational Move 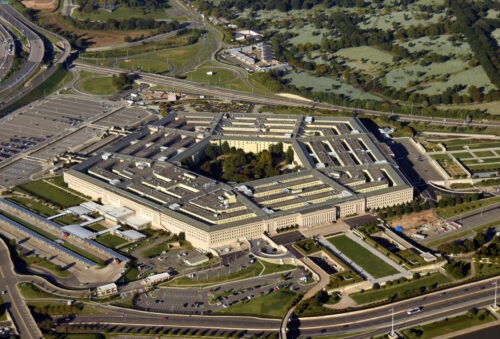 As the sounds echoed through the hallway, everyone rushed to safety.

Ahead of me, I could see people dropping to the floor and crawling into open doors on either side.

There was no mistaking it… The sounds were gunshots.

Worse, they came from within the walls of the Pentagon.

No, this isn’t the start to some action movie. I witnessed an actual shooting in a Pentagon hallway as I went to work on Wednesday, August 5, 1987. Almost 34 years ago.

Everyone’s response looked chaotic, with people rushing to take cover in the rooms adjacent to the hallway.

But had you looked closely, you would’ve noticed an orderly process unfolding.

Everyone was moving to safe spots and helping anyone around them do the same. Security personnel rushed toward the sounds of the shots to ensure the situation was resolved quickly.

From the outside, it looked like panic. In the middle of the crowd, the view was different. Each individual was acting rationally.

In just a few minutes, there were shouts that it was all clear and everyone went about their business. Just look at this quote from the article I linked above:

As the market sold off on Monday, I couldn’t help but think of this story…

That appearance of chaos from the outside, while the reality is far more organized, is the same general pattern that unfolds when stocks sell off.

From the outside, all we see is panic. The Dow drops hundreds of points. CNBC plays dramatic music. Experts from around the world appear on television. They all say there is no single reason for the decline.

Meanwhile, within the market, many individual traders are behaving rationally.

Hedge fund traders are trying to capture gains from the decline. They may be selling as stocks break below their stop-loss levels. They may be buying as stocks that were overpriced hours ago move toward attractive levels.

Mutual fund managers are talking to their customer service centers and learning about redemptions. They need to sell to ensure they have enough cash to meet the needs of their investors. They are also selling stocks that break stop-loss levels and picking up bargains.

Those individual fund investors who force managers to sell may be acting rationally. If they’re in mutual funds, they may be older investors who saw bear markets in 2000 and 2008 destroy over half their wealth. To keep their retirements on track, they sell on big drops because they know they can buy back in later.

That might not be the best strategy, but it is a strategy that’s rational to the investor.

Leave the Panicking to Irrational Investors

Now, some investors act irrationally in the face of market volatility. They might try to short the market with overleveraged strategies, or just liquidate their whole portfolio ahead of what they think is “the big one.”

There will be irrational investors in good times and bad. But they are a small part of the market.

Rational investors are the ones who create the trends. The two levels of the market — the macro moves and micro motives behind those moves — are always present. To many of us, the moves and motives might seem irrational. But they are really just different than what we expect.

How we react to this reality determines our level of success.

In the month that followed, we captured gains of 313% and 110%. That’s all from following just one highly predictable market sector using an indicator I invented.

We didn’t panic… We followed the plan that we always follow with One Trade. That was able to protect us and keep our heads cool when investors across the world were in a full-blown panic.

Keep this in mind the next time volatility rocks the market. No matter how chaotic it seems, the market is made up of rational traders making rational trades. Your job is to resist panic, cut through the noise and respond rationally.